Miles Blackwell and the golden harp of anansi

Filmmaker Monty Diamond's screenplay Miles Blackwell and The Golden Harp of Anansi was adapted and produced into a graphic novel by Edgardo Miranda-Rodriguez and our team of artists. Title design and website design was also produced by our studio.

Miles Blackwell, brilliant 18 year old musician from the inner city, hides a magic gift from the world, believing as his late father believed that “Magic is for the desperate.”

We meet Miles on his graduation day when he’s on top of the world, what with a full scholarship to Harvard, a pretty girlfriend and the love of his community in his favor. But a jealous aunt entraps him in a police action and suddenly his future is in doubt. Miles must flee his native Pittsburgh to face his destiny – a  destiny which leads him to New Orleans and an encounter with the magnificent powers of the Golden Harp of Anansi and the evil cult which holds it captive. 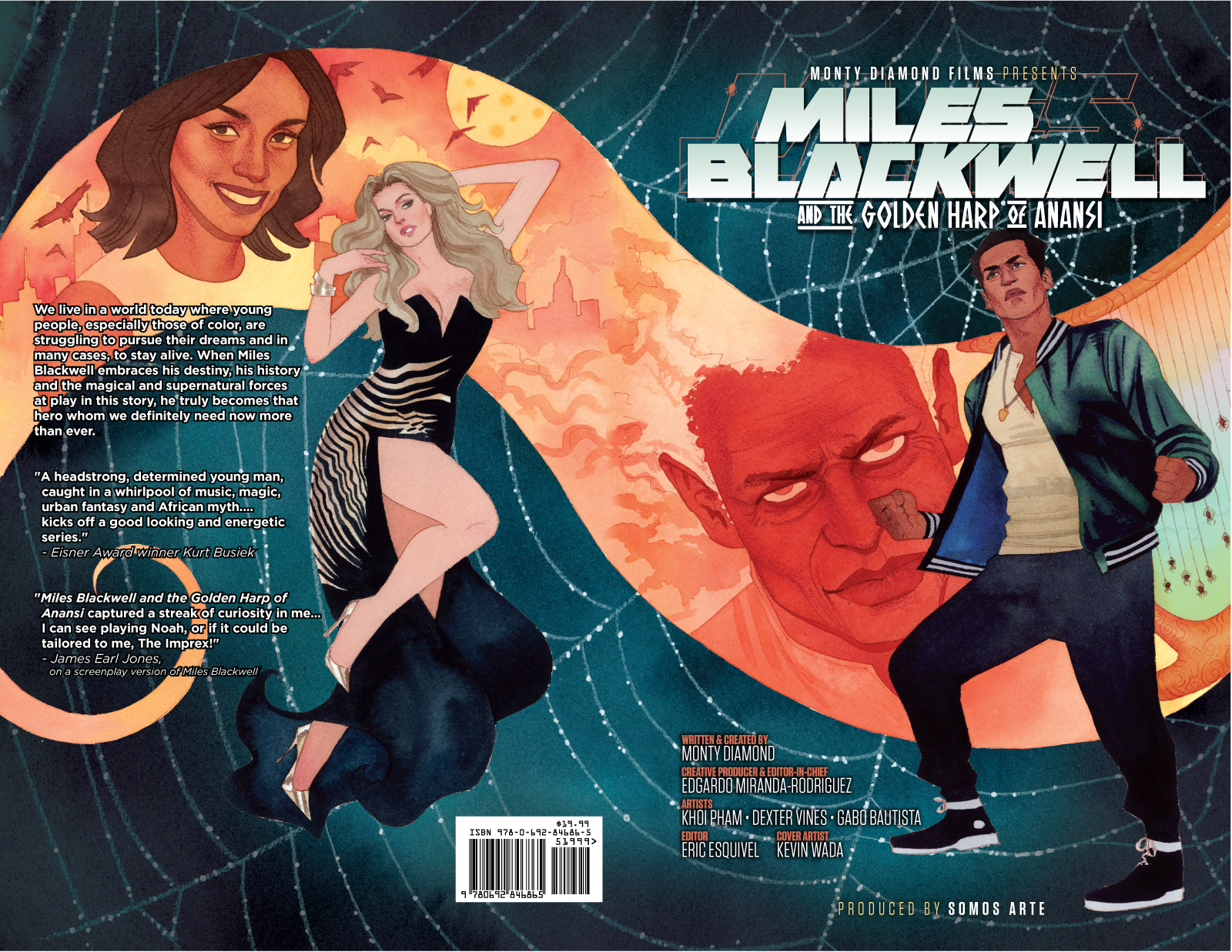 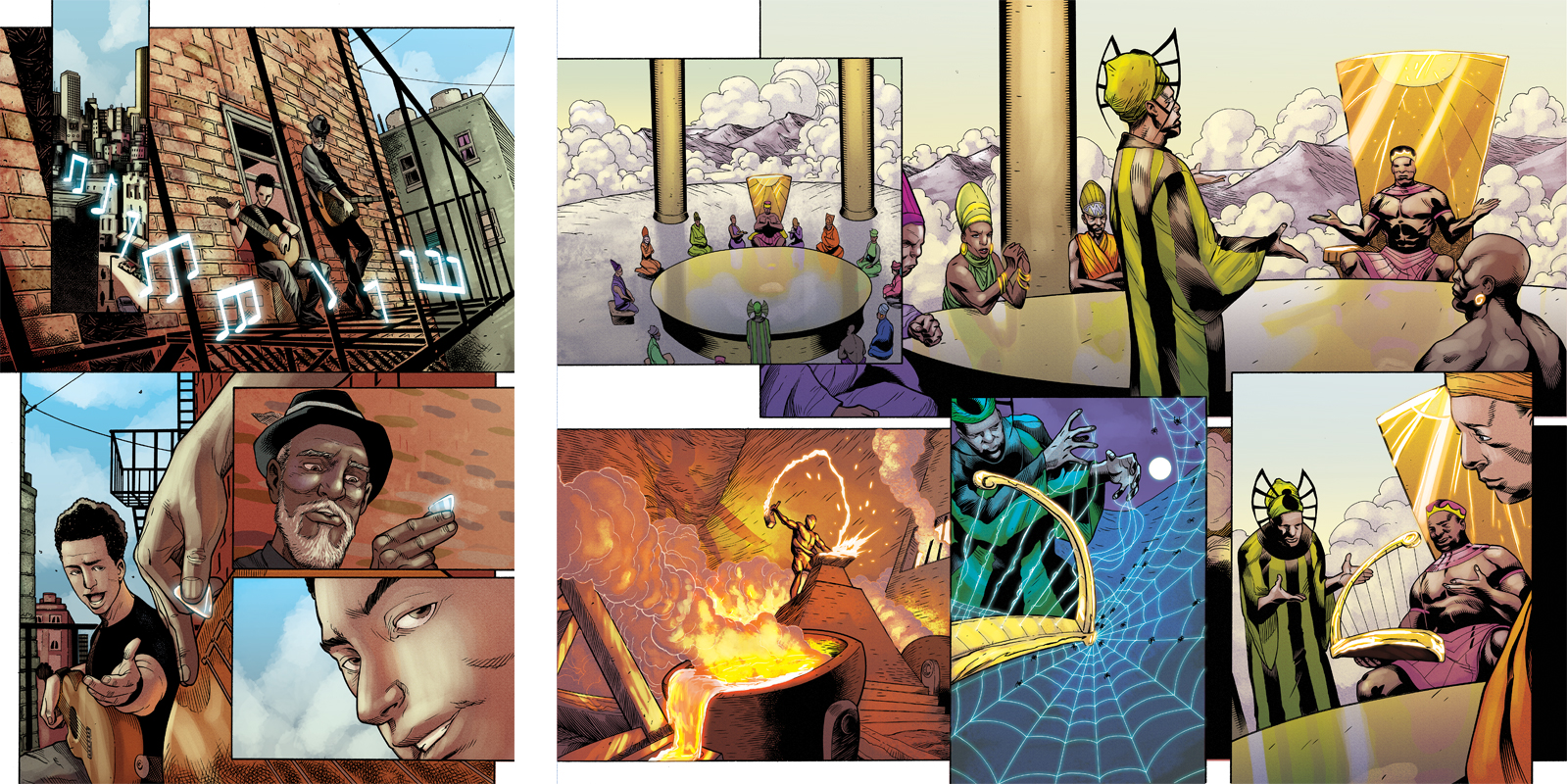 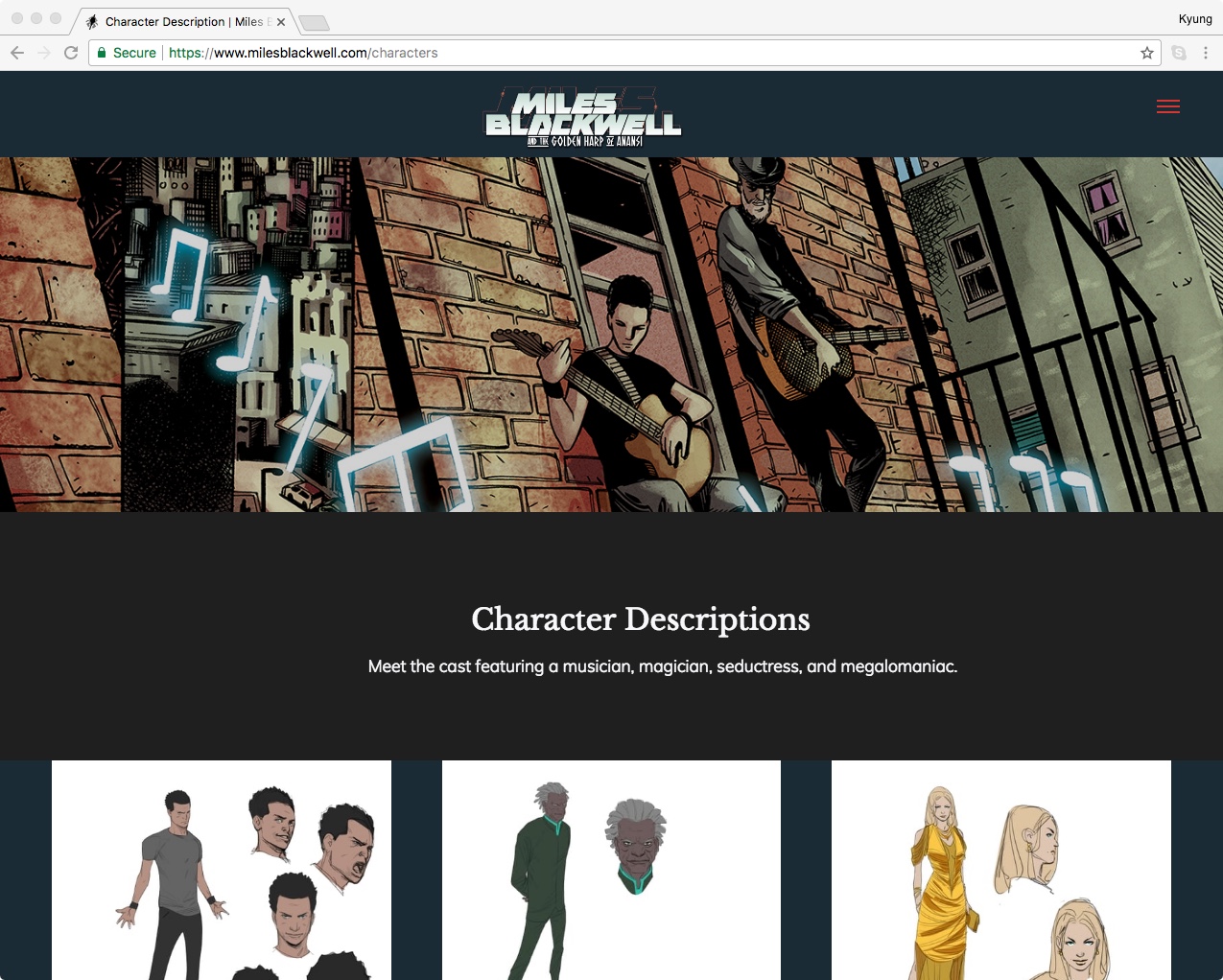